Throughout my experience in digital project management, I’ve worked with many software platforms over the years. I’ve manually installing Linux operating systems onto virtual machines, and set up Oracle databases and Tomcat and WebSphere application servers. However, for the past 8 years, I’ve worked extensively with low-code intelligent automation platforms. After more than a dozen projects, I’ve become an expert on not only how the technology behind low-code intelligent automation operates, but also on how companies should think strategically to unlock the power these platforms offer.

Low-Code Intelligent Automation for the Uninitiated

Low-code intelligent automation platforms allow business users to create solutions through intuitive drag-and-drop user interfaces. They are “low-code” in the sense that they can, but often do not, involve professional coding. It is a convergence of several categories, including:

Forrester first coined the term “low-code” in 2014. Since then, the term has spread rapidly. A few examples of platforms include UiPath, Automation Anywhere, Pegasystems, Appian, ServiceNow, Salesforce, and Microsoft Power Automate.

Low-code intelligent automation promises to unlock enterprise productivity by allowing business users to build their own applications, allowing IT to focus on more critical tasks such as digital strategy, enterprise architecture, and complex systems integration.

So the question we need to ask ourselves is, “What should intelligent automation be used to do?”

Intelligent automation has unparalled power to transform businesses. However, many programs struggle to unlock its potential, leaving program managers frustrated.

Traditional development is not a good fit. Modern agile and DevOps need to be tailored. However, large systems integration companies can take advantage of the confusion, adding resources to already bloated programs, rather than help clients build their own capabilities. But can we streamline a program? Cut costs and increase productivity?

Large systems integration companies may focus more on staffing large armies of their resources, than on helping their clients with strategic concerns.

In contrast, there is no universal approach to low-code strategy. However, there are three key things a program leader should address.

Thus, the aim of low-code strategy is to focus on figuring out which enterprise problems to solve and how to solve them.

Without a focus on low-code strategy, a program can quickly devolve into an IT science experiment, with IT making unrealistic promises for digital transformation and business quickly losing interest due to a lack of sustained success. Cost overruns and launch delays were common.

However, I’ve also seen programs launch to great initial success and then continue to thrive. Thus, I wanted to understand what made some low-code programs more successful than others.

Speaking with clients, the conventional wisdom was that they were all looking to staff their programs with the best and brightest architects. If only they could find that one architect who truly understood how to build a solution, then they would be on their way to success.

My initial hunch was that smart architects were a necessary but not sufficient ingredient for success. Indeed, it seemed more important to build a high-performing low-code program upon more foundational concepts.

The three keys that high-performing programs tended to do well were:

Put together, these three key activities can provide the foundation for any program to launch into high gear. Moreover, you don’t need an army of the best and brightest architects to start. You just need a proper plan.

1. Build the four key pieces of a low-code business architecture

The first step is to start converting business analysts and architects into low-code citizen developers.

Your low-code business architecture serves as the foundation for pro-code developers to follow. It is a living, breathing model, that advises developers what the system needs to do, better than any requirements document ever could.

2. Reduce program costs, not talent, along low-code principles to increase productivity by 100%

The second step is to restructure your program’s talent.

Traditional programs have too many technical and too few functional resources. Instead, balance low-code and pro-code talent to increase productivity. Rebalancing a program can produce:

What should jump out to you is that 85% of total resource spend is on the technical side. The functional side, both from IT business analysts and from the business itself, is usually underrepresented.

We restructure an unbalanced program by adding more functional talent, and then training them to be low-code citizen developers. They could either be IT business analysts or pro-code developers who have a knack for solving business problems.

This typically leads to a cost savings of around 25% (although your mileage may vary). Of course, don’t let this talent go. Invest those savings to start new projects, rather than losing out on institutional knowledge.

3. Increase organizational effectiveness by designing high-performing teams with a culture of coaching

Finally, no program, regardless of technology, can be successful without great leaders instilling a great culture.

Second, traditional team structures tend to be top-down and hierarchical. They end up inhibiting communication.

For example, in this team structure, everyone is on an equal footing with an equal say, even the end users.

How do you stay one step ahead?

Low-code should be an enterprise platform. The possibilities are virtually endless.

The journey can help unleash a company’s full potential for customer engagement and intelligent automation. It can align the business and IT toward new levels of collaboration. However, it takes more than just a great technology and know-how to build a great program.

But there is a chicken and egg problem. Business needs to know how low-code intelligent automation should work to decide what it should do, while IT needs to know what the platform should do to build a system that works.

Low-code strategy focuses on bridging the gap between business and IT. Solving the chicken and egg problem requires a combination of business acumen and IT expertise.

But the payoff is a successful digital transformation for the enterprise.

David Zhao is managing director of Coda Strategy, a consulting firm that helps companies build a digital strategy. He has guided numerous organizations through the design and implementation of complex digital transformation programs. 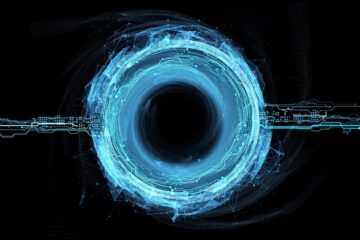 3 Capabilities You Need To Know About Intelligent Automation 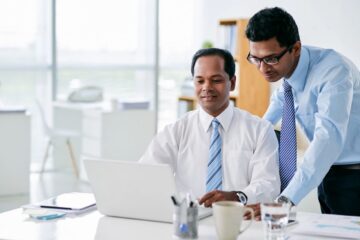 Business Processes and Useful Ways to Update Them

I work with business processes every day. About five years ago, I came to a realization. First, business processes are everywhere. Without processes, there is only uncoordinated individual activity and organizational chaos. Second, we need Read more…